Before arriving at Cocolab, my partner and I both worked as Record Producers and Recording Engineers. And, from my first sessions recording Major Label Hip Hop, I became obsessed with creating original, exciting, and most importantly, FUN sounds. Listening to the productions by the best in the business, for 14-hour sessions, I started to realize that Hip-Hop was built on amazing sounds and combinations that you had never heard before. As my career progressed through Audio Post-Production, Composition, and eventually Electronic and Latin Underground, Sound Libraries and PreRecorded samples became readily available, and would come included with all the Music Making Software Packages. I never used these included sounds and presets for a few reasons. Firstly, and most importantly, it was more FUN to create your own palette of sounds from scratch! Also, these sounds were rarely exciting, and sounded rather stock. I also realized it was almost statistically impossible to find EXACTLY the right shaker pattern for the song I was working on. I also had access to world class recording equipment and could always make a better recording, at a higher resolution, and with more nuance than anything in the libraries. And, after time, I had my own library of completely original, interesting, sounds that no one had heard before. 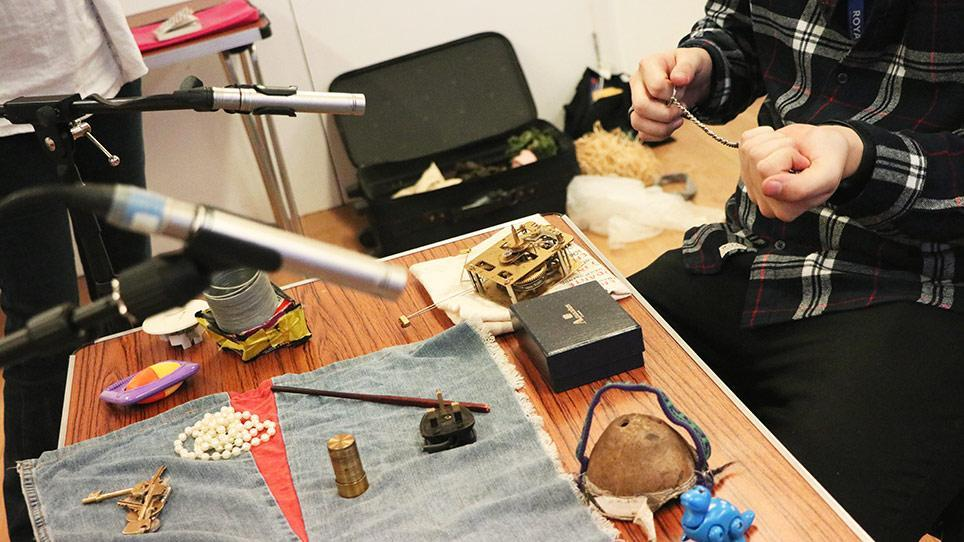 When I became a Sound Designer for Cocolab, I quickly realized that we should record and create all of our own sounds and never use libraries. In the film industry the process of recording sound effects while performing to the picture is called "Foley." ("Gavirasos" in Mexico, after Gonzalo Gavira, our Foley Master who won an Academy Award for "The Exorcist.") Smashing watermelons for horror movies, and walking in place to recreate footsteps are two popular examples of Performed Sound effects. But we came to this technique from the Music Studio side of things and didn't think of Foley as an extra layer of SFX but rather that we should record everything, with amazing gear, and with a lot of care and attention. And it was FUN right away!

A leather Jacket became the flapping of a giant Bat's wings, Scraping rocks together produced an earthquake sound when pitched-down, and I only had to borrow a few plants from the office to make the sound of leaves rustling together. It took a week of trying but I finally caught a Bee in a plastic container, cut two holes for my microphones, and got the most "Realistic" Giant-Bee sounds for a scene featuring Bees the size of Busses projected on the face of a Mayan Pyramid. The bee looked dead when she finished the session but eventually woke up and flew away after a few minutes on the terrace. Show-Biz is intense, and not for everyone. Running around the office while listening to things was fun too, and sometimes my coworkers would make great suggestions on how to make a sound when they saw me looking around the shop for noisy objects.

We got excited and started making improvements in the process. Our friends in Industrial Design, here at Cocolab, built me a small table with 9 different surfaces, called "the Dollhouse" (because I originally thought i needed walls) and I would simulate thousands of moving particles by dropping rice on glass, metal, stone, many types of wood, and different thicknesses of paper. I moved to Orchestral Microphones and started recording everything very close and "in Miniature." To our surprise, small sounds recorded closely sound Gigantic when played at a Cathedral with a Big PA system. We found that the best way to create dramatic Quadraphonic effects was to perform in front of 4 microphones placed in a small-scale configuration that reflected the future position of the Speakers. We started a custom library of reverbs from the spaces we were working in. The reverb you hear on the Voice OUTSIDE the cathedral is actually the reverb from INSIDE the same cathedral.

One day i brought in a few Hollywood Movies on DVD with the intention of maybe stealing and modifying some of the sounds from Blockbuster Movies. But when we heard them, they sounded flat and uninteresting compared to the sound design from our last show. This encouraged my partner to look for ways we could make things even more REAL. We needed sounds of insects, rain, and other ambiences for a show we were producing in Campeche. We traveled to the site and I made "Field Recordings" of all the sounds we needed. The thunder, for example, recorded in Quad, is from the Parking lot of the Hotel in Campeche. When we returned a few months later to finalize the show, we noticed that the real ambience of the site, combined with our recordings of exactly the same sounds playing from speakers gave the impression of a magical, 3D space that was 500m deep! We promised ourselves to ONLY use Field Recordings from the exact locations for all our future projects.

We then discovered "Augmented Nature." If the real animal and bird sounds of a site are effected or processed in an interesting way, and played through speakers in the trees, the real birds combine with the "magical birds" and work together to create a truly wonderful, surreal, and believable experience. There is a saying from the Golden Age of Recording Studios that goes: "Fun sticks to tape." If we, as artists, are having fun trying to create the best, most amazing, work we are capable of, that feeling gets transmitted to the audience.

I never expect anyone to notice that the Sound Effects are Well-Made... but when we are inspired during the creation, people are inspired by the experience.

If you want to see Gonzalo Gavira in Action... Here he is! 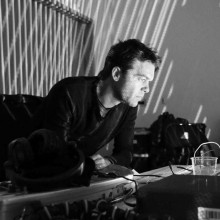 Born in Brooklyn, NY, Eugene began his professional career at 16 playing saxophone for the Charley Dee Blues band. After receiving degrees in Production/Engineering and Film Scoring at Berklee College of Music (Boston), he moved back to NYC to Record Hip Hop and ran an audio post production facility. Nominated for Grammys (Kanye West, Brandy) and an Emmy (Dora the Explorer) Eugene later worked as Music Coordinator for the A&E network, Audio Post Engineer, and TV Composer. Before arriving in Mexico, he spent 10 years as an independent Record Producer in Los Angeles developing the Latin Underground movement and composing electronic music. He now lives in CDMX and serves as co-director of Audio/Music (along with long-time music partner Edi Kistler) at Cocolab and concentrates on Composition, Sound Design, and Audio Post-Production.