Crystal Jow is a Los Angeles based experimental media designer, touchdesigner developer and yoga teacher that specializes in audience-driven immersive installations and meditative experiences that explore motion and media. Crystal was a guest resident at Cocolab where she continued her itinerant project Prism, which had already had two iterations in Barcelona and Los Angeles. 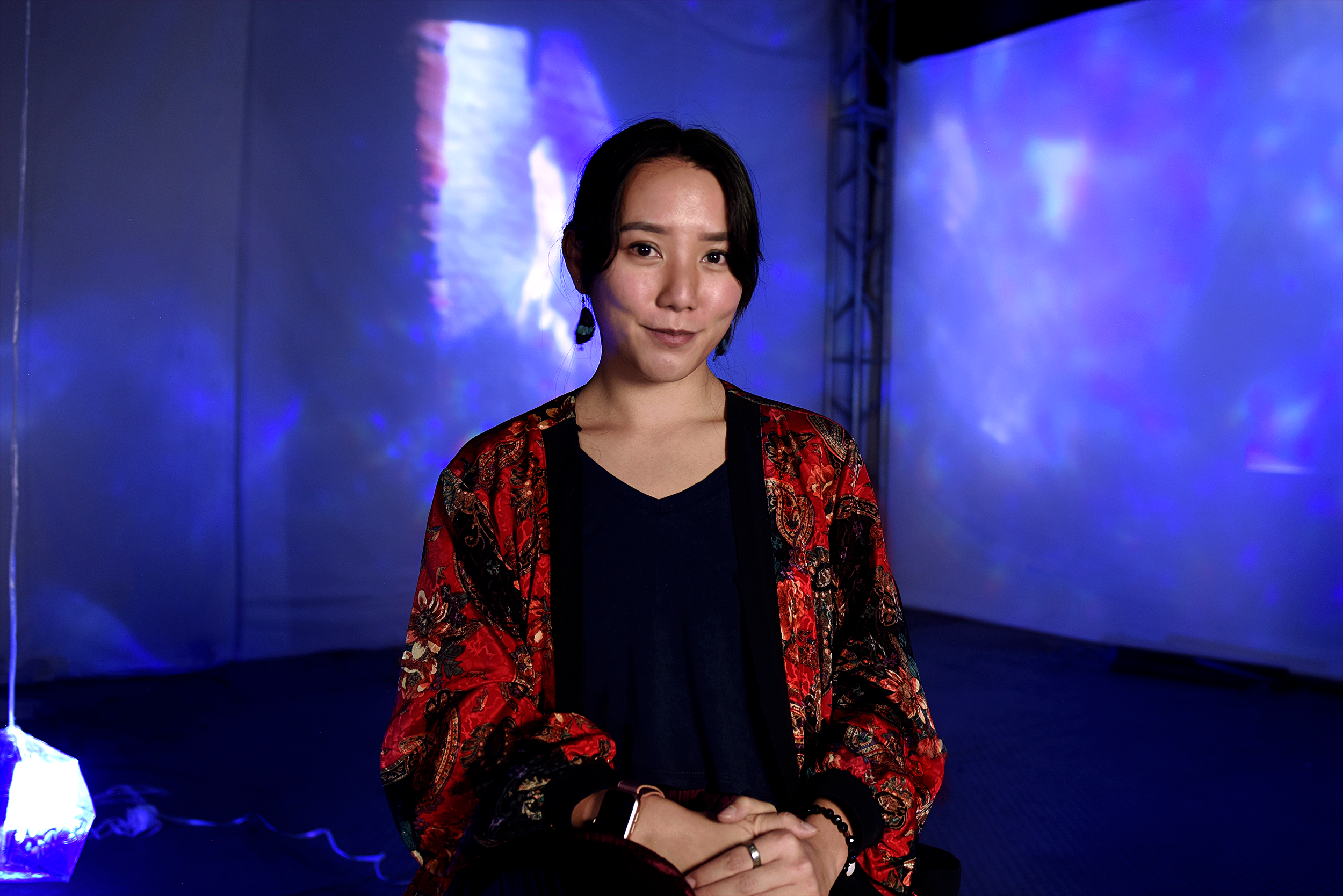 How did you get into new media and TouchDesigner? 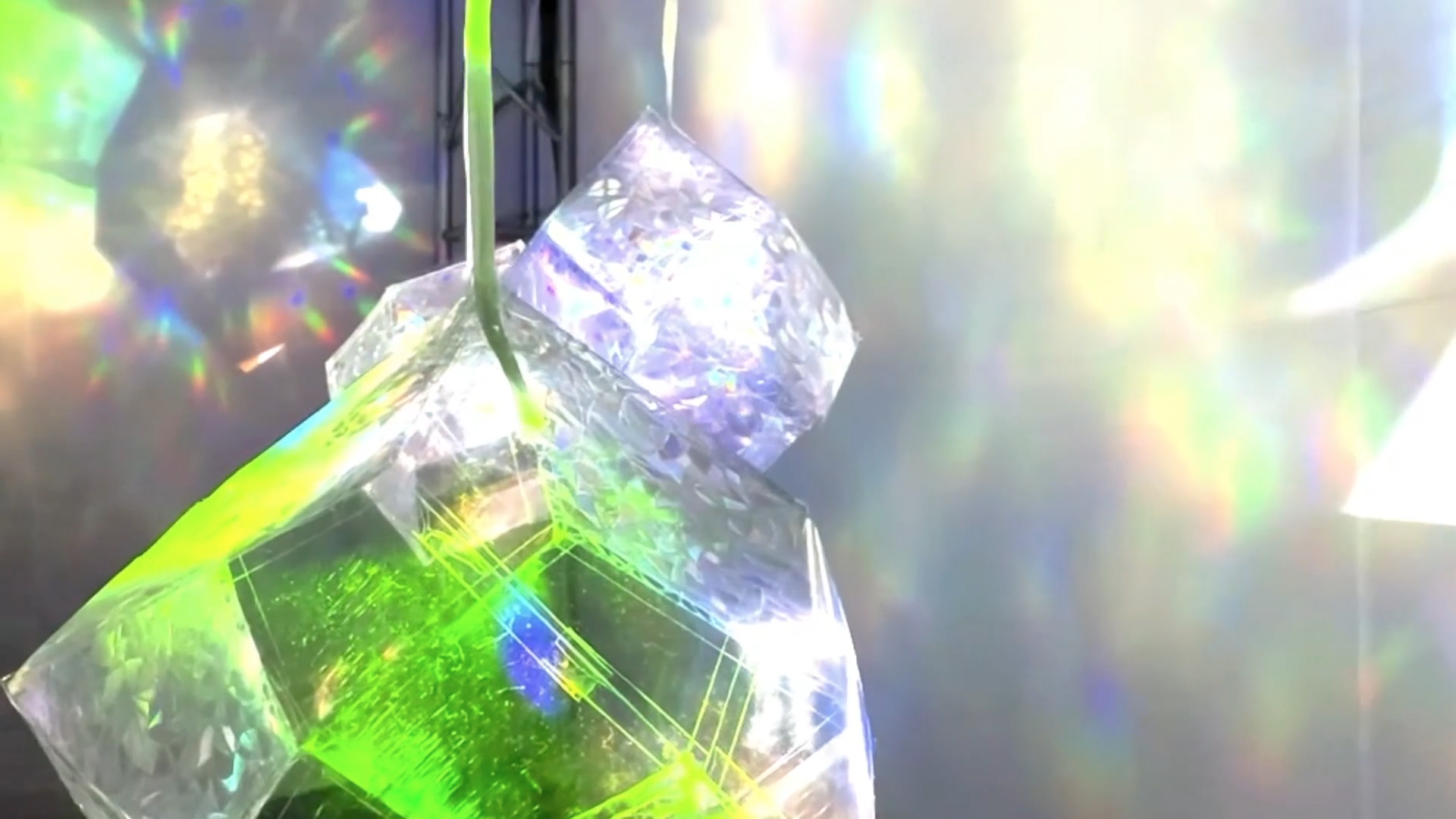 How did you manage to integrate these interests in your work?

I think practicing yoga has me moving and animation comes from anima in latin, which means to bring life to, so I think both animation and humans have movement and have similar forms of expressions, so in a lot of my work I use a lot of movement data, even in this project I have layers that connect. I record different movements from different moments in time and I repeat that layer throughout all of my projects.

What is this project about?

This project is called Prism and it is an ongoing research on the relationship between time and space. This topic became even more apparent during Covid and the pandemic, these events really got me thinking about the measurement of time when it feels like everything is still but there are things that keep us constantly moving on and makes us feel like we’re orbiting so it's kind of using the prisms as a constant rotation. 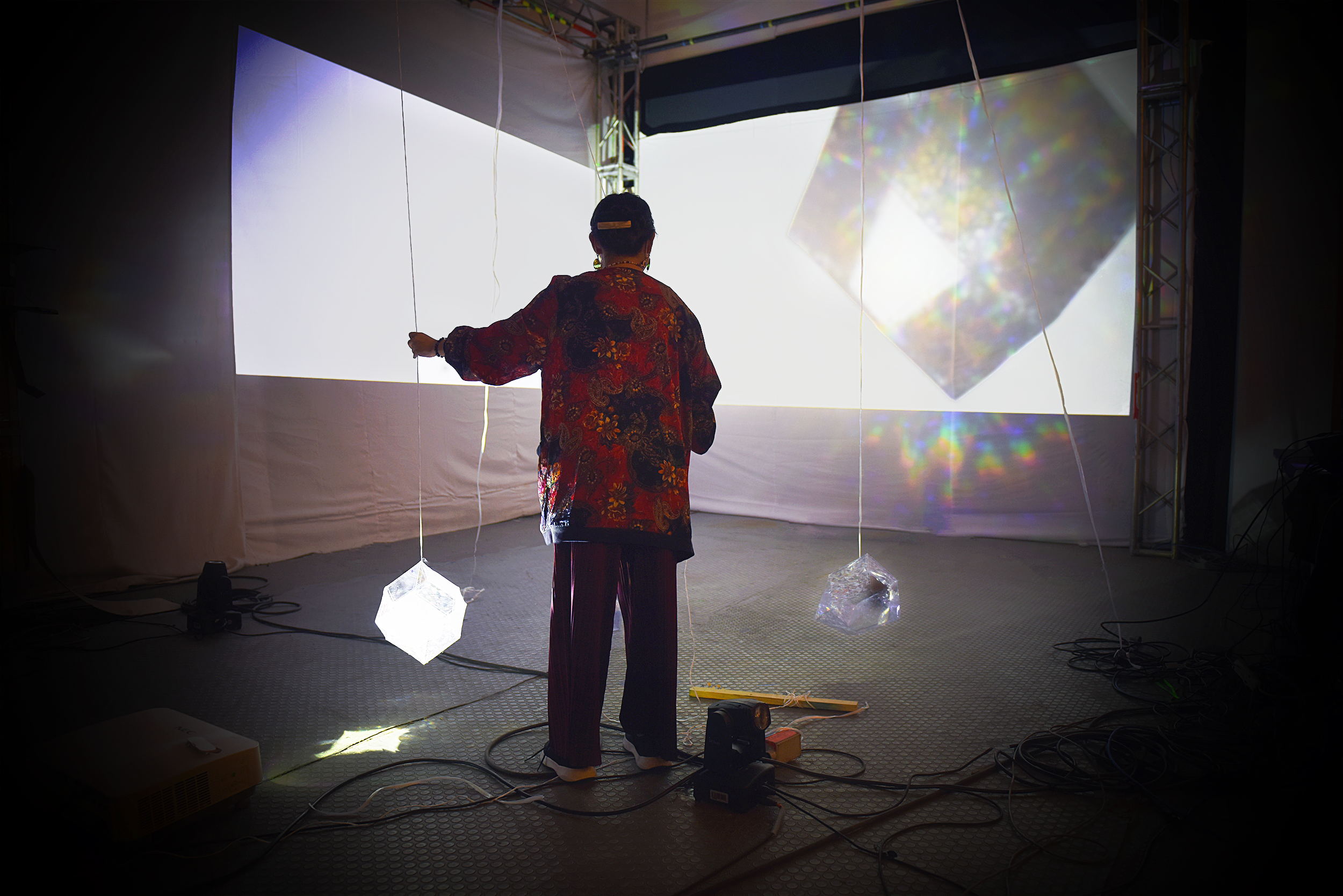 There are three recordings so far: the first one was recorded back in Los Angeles, then six months ago I recorded footage in Spain and the last one was recorded in Mexico City and here in Cocolab. The imagery is composed of images I took all around Mexico City, so it's a lot of architecture which blends together in a seamless way.

I was fascinated with the idea that Mexico City is actually built over what was once a lake and how it is constantly sinking. We use that phenomenon as a form of experiencing time too given that every year projects about 50 cm of sinkage, so I'm having that as a measurement of time where I have 30 minutes to represent one year so every half an hour the imagery melts a few pixels. This supported the idea that time is constantly experienced through movement even though you feel like you're still and orbiting. 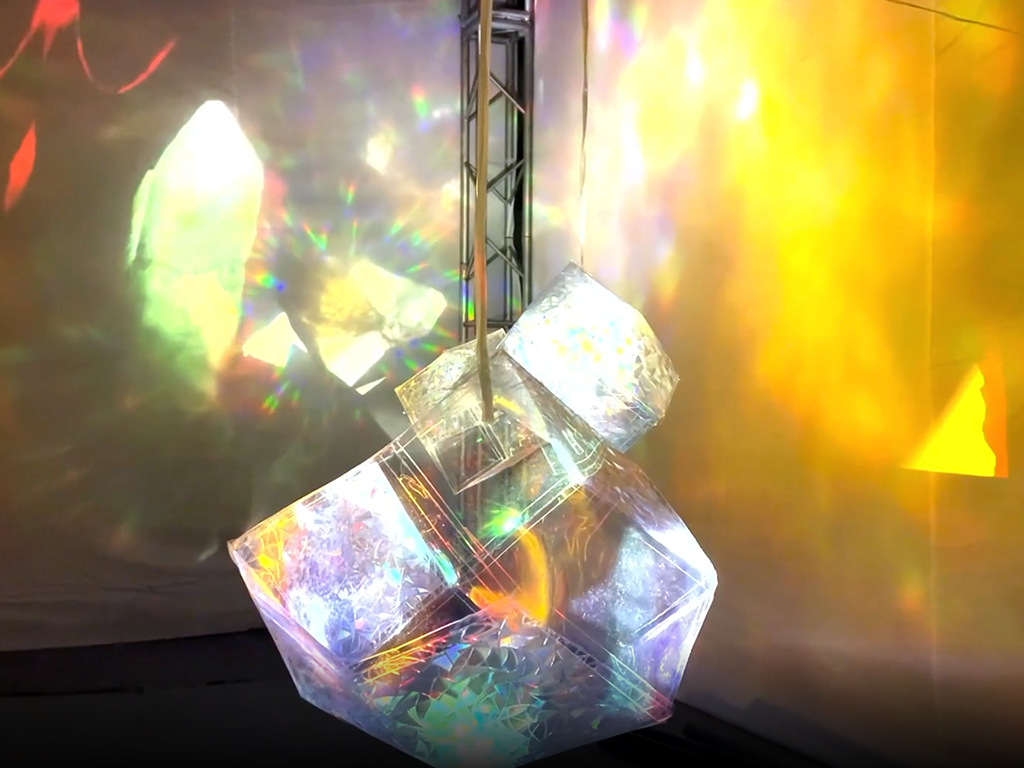 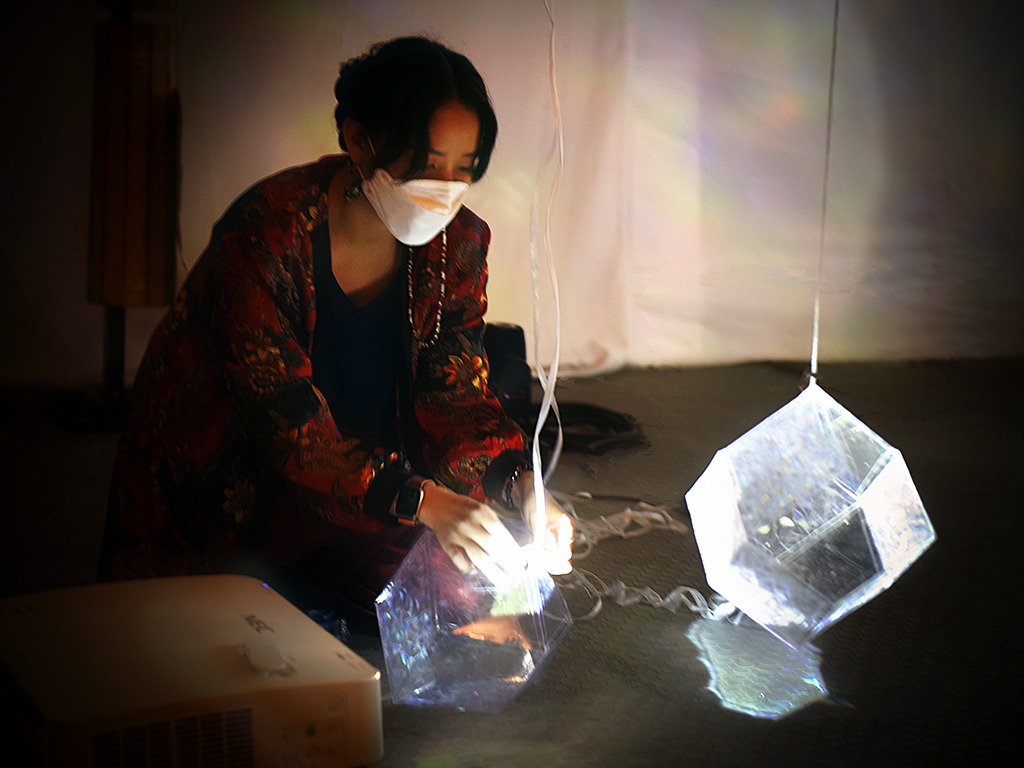 What is next for you?

I'd like to keep developing this project and see it evolve in different settings, then go back to Los Angeles after and see where the universe takes me. I hope I can showcase it in a gallery setting in such a way that I can use immersive media and this type of visualization to promote acceptance into the art world and the general public. 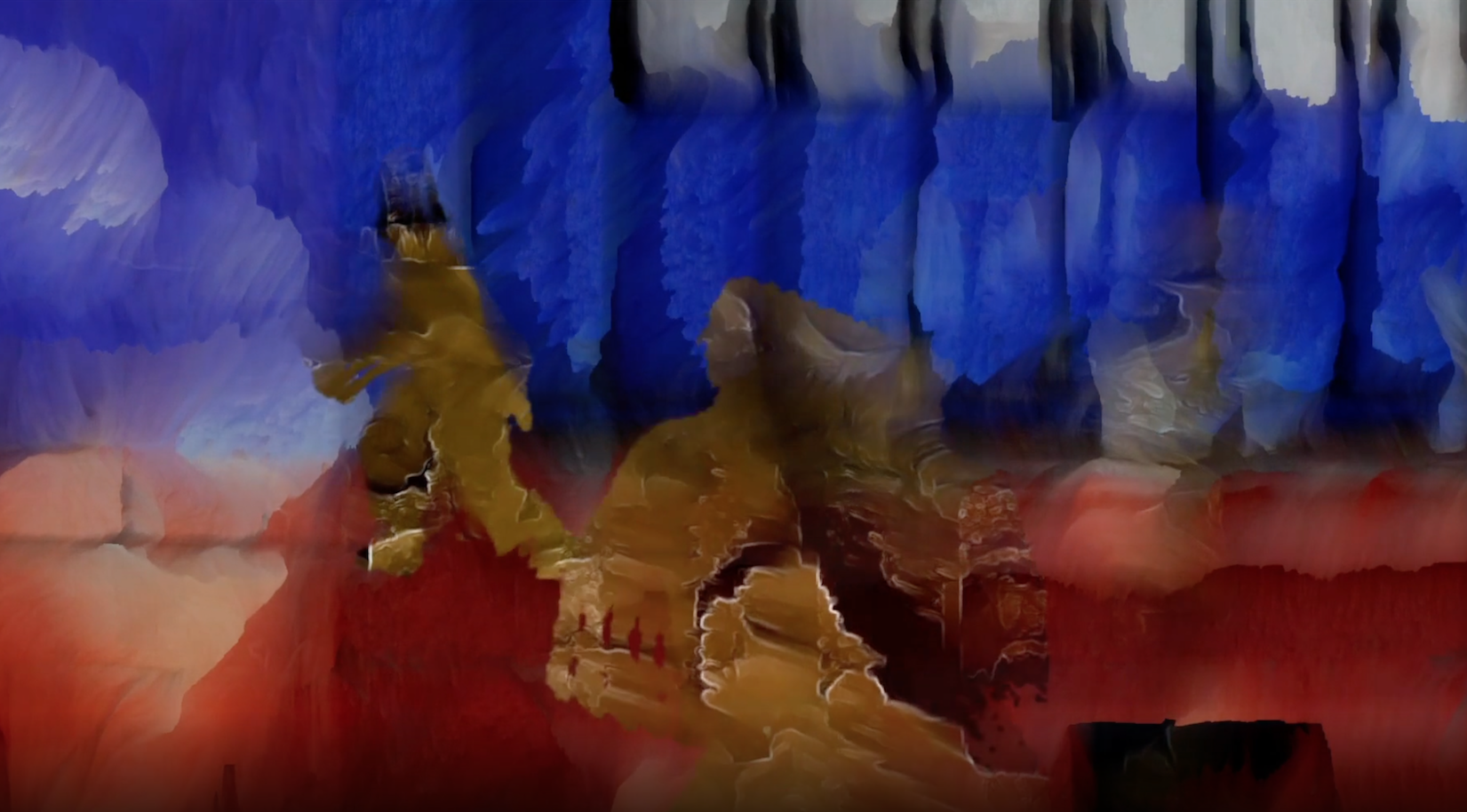 What would you say to inspiring young artists that want to work with new media?

For young artists I would really encourage them to follow their curiosity and find people who can help you with your journey. One thing that drew me into TouchDesigner was the community and the amazing support you can find there. This is also a field currently dominated by men and it’s about time it becomes more inclusive in all regards. Another great advice someone gave me once is to approach people you admire through social media, some will answer, some won't, but there are many people out there willing to help with the evolution of the medium.

I feel like it's good to find inspiration outside of new media. I personally really like plants, mindfulness, yoga and architecture and I feel that these personal interests make every piece of my art unique and that finding connections between my passions has actually driven me to be different from other artists.